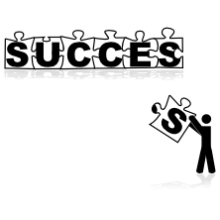 Is there a formula for success in PDR training and practice?
According to the book Outliers: The Story of Success, by Malcolm Gladwell, there certainly is.

This book seeks to explain why some persons seem to far outpace and stand out from others in the same field.
How did Bill Gates of Microsoft wind up one of the richest men in America? Is it pure dumb luck or is he truly self made? What role did timing or heritage play in his success? Was he simply born at the right time, in the right place, and into the right family?
Gladwell makes a compelling argument about all these factors, and proves his point by connecting some little known facts.
This book is a great read if you are practicing and perfecting your Paintless Dent Repair skills. Which I hope you do every day, no matter how long you’ve been around.
How long does it take to truly master a skill? To be a great composer? To be a Bill Gates?
According to Gladwell and his research, 10,000 hours. By my math, I figure this to be five years working full time at a thing. The author puts it at ten years. I suppose it depends on just how many hours in a day you spend doing the “thing” you are mastering.
But wait, you say Mozart composed his first musical piece at the age of six, wasn’t he born to be a master.?
Yes, this is true. Yet his father was also a composer, and much of what Mozart was doing was rewriting some of his father’s pieces, and other works of his day. He did not write his first “masterpiece” until the age of 21. Plenty of time to put in his 10,000 hours.
What about the Beatles, didn’t they storm the U.S. In 1964 as overnight successes?
Turns out they had a ton of experience under their belt before they ever made the Atlantic crossing.
The Fab Four played several stints in Hamburg, Germany, sometimes playing seven nights a week, often being on stage for as much as eight hours. In just a year and half they played 270 nights of shows.
In fact, by the time they debuted on the Ed Sullivan Show here in the US, they had been on stage an astonishing 1200 times! This is more than most performers will do in a lifetime.
What looks like an overnight success is often the hidden result of much grit and dedicated practice.
“Practice isn’t the thing you do once you’re good. Its the thing that makes you good.” This is one of my favorite lines from the book.

The Formula
Whenever you see someone really good at dents, you will always find a period in their background where they fixed car after car and dent after dent. This focused practice and time spent really propelled them to a higher level.
Therein lies the really good news about Paintless dent repair training. You can hone your chops pretty quickly with just a few cars. You can be good enough to be at a money earning level in a short time. From there, you get better and better, all the time improving.
What if you don’t have car after car? How can you create an environment of practice?
Bill Gates admits he was addicted to the computer terminal as a young software designer. No doubt this contributed to his gaining mastery over his craft. So much so, that when the opportunity arose to make a deal with IBM, he knew just exactly what he had in his pocket.
You can easily get addicted to dents, if you drink the cup of practice.
An addiction sets in when the reward center of the brain is tweaked, or excited. Give it a good feeling and it starts to like it. In paintless dent repair, it begins with looking at dents on cars as you go down the road. Then, as you practice, your brain likes to see the success you’re having and will guide you to more of it.
Here’s how former PDR training student Carlos Jacobs from London, England explains it:
“When I’m driving or riding with someone, I look for dents. When I see one, I start analyzing how I would access it, how I would fix it, where I would start to push.”
Yes, Carlos is addicted. The downside?
“My wife thinks I love dents more than I love her.”
When Carlos has no dents to fix, he looks for new ways to practice.
“I’ll take an aluminum pie tin and put creases and different shaped dents in it. Then I see what I can do to reshape it, to put it back.”
If you went into the future five years, what kind of tech do you think Carlos would be? You can bet he’ll be good. You know it without ever seeing his work.

Sitzfleisch
In America, we have slang words. Sometimes they are good enough or sticky enough to be made part of our lanquage.
Germans, on the other hand are masters at compound words.
Since we’re talking about practice, their word “sitzfleisch” is a good one.
Its taken from “sitzen” to sit, and “fleisch” which means flesh or meat. The word gives the idea of a tough backside or gluteus muscle which can tolerate your sitting for a long enough time to endure something. In our case sitting at a practice panel till we get it right.
Can you see the sitzfleisch in the Beatles on stage for eight hours at a clip? The many hours Gates’ spent at a computer terminal? Carlos working on pie tins?
I find tremendous comfort and confidence in knowing the value of practice. A man should see ‘good for all his hard work’.
Do you also see why we need to choose wisely what we work on?
I enjoy video games and my sons can play them for hours on end. After reading this book and discussing it with them, a fatherly warning was needed.
“Be careful not to waste time mastering the wrong things.”
See, Gladwell also uncovers what makes a person happy in their work. Three things are needed: autonomy, complexity, and a connection between risk and reward.
Paintless dent repair offers all this. You are autonomous as you decide what you will and won’t work on, where you work, whom you work for and also whom you work around. You get to choose.
PDR is certainly complex, as each dent presents a challenge on the level of access and how to repair.
The connection between risk and reward we talked about already. You spend the time practicing and you get better. Get faster and you make more. The rewards expand.
The dark side of this is how video games are designed to give you exactly the same thing. They are created to make you feel autonomous, they are complex and there is a definite connection between risk and reward. In fact, they are designed to be addictive.
So the key is to choose wisely.
As you examine the case studies in Outliers: The Story of Success

you begin to notice how the practice of the thing was recreation to those whom we now call “masters”. No one spends eight hours on stage unless they love it. Bill Gates found a window of opportunity to get on a computer terminal between 3 am and 5 am. Would he wake himself up for this if he wasn’t addicted? Does Carlos have to force himself to reshape pie tins?
Video game designers know they must create a slippery slope of rewards as you progress through the game. Whether its the good feeling of mastering a new level or gathering digital bucks to buy a new weapon or shield.
This same thread exists in all things truly worth seeking. Sometimes its harder to see. The key is making the commitment to the exercise, then you quickly start to notice the reward.
When you begin PDR training, you see me fix dents. Then you try some on your own and quickly see you are not yet where I am. There is a gap. Set your mind to closing the gap and you’re 80 percent of the way there.
What can be measured can always be improved. If you see a chasm between my work and your own, take heart. You now have two points of measurement for improvement.
Best part is, you’ll pass me up. Come back in a year and watch the DVD’s again. You’ll call me up like PDR training student Richard Parizeault from Canada and tell me your dents are looking better than mine. I love these calls.
(This article is an excerpt from the December 2008 Paintless Mentor Coaching Newsletter)

Tension in Auto Panels – Use it in Paintless Dent Removal – 57

How to Push Dents Without Pushing Your Body

How to remove Honda – Acura taillights for PDR Video